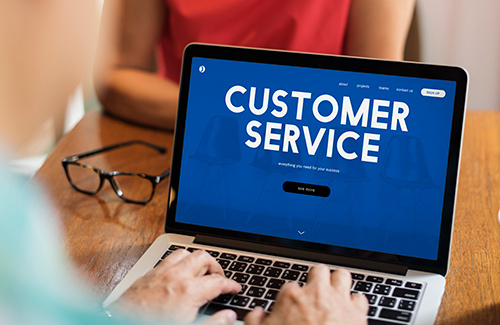 Cringeworthy customer service is still a thing in 2018

I consider myself a relatively calm, patient person. To be sure, I do get frustrated, like everyone, but seldom have I been in situations where I felt the urge to really lose my temper. I found myself in such a situation recently, while on a flight with a certain local airline – which I will leave unnamed – and the culprit was something I absolutely loathe: terrible customer service.

Before diving into the story, I’d like to express why I felt the need to write this piece: poor customer service in 2018 baffles me. In virtually any business category in any country, there are countless companies competing against each other, often vying for the loyalty of overlapping groups of consumers. This is especially true for airlines. You could be forgiven for thinking that, in such an intense and competitive environment, businesses would be hungry for any chance to position themselves as the best in people’s minds. Good customer service strategy, underpinned by effective training for employees, is an essential component of any successful business.

On top of that, we live in the most digitised, connected period in all of human history, with the internet connecting us in real-time with people all around the world. With pictures and video content going viral in a matter of hours, surely businesses are paying attention to the mistakes that their competitors make, and learning from them? I’m willing to bet that most of us can recall stories from friends, family or the media on businesses handling situations with customers less-than-ideally. Businesses today practically have a rulebook for how not to do customer service!

I was in my seat, waiting for the fight to commence, thinking about the details of my upcoming trip. A few moments later, intercom announcements by the pilot and flight attendants hurrying to take their seats signalled to me that take-off was imminent. Once comfortably at cruising altitude, the seatbelt sign went dim, and I found a more comfortable position as I noticed a flight attendant making her way down the aisle, checking the overheard storage compartments.

The attendant finally got to my row and, in an effort to make room for a customer’s bag she was carrying, began shuffling the contents of the overhead storage around. My only carry-on luggage was a small, soft backpack with a few travel essentials and a wine glass that I make use of in a few of my performances. Despite this, the flight attendant roughly shoved my bag to the side, forcing the other one in. Concerned over the fragility of my bag’s contents, I called the flight attendant over.

I calmly explained that while she may have had good intentions, she likely damaged the wine glass in my bag while moving it around. To my surprise, the flight attendant denied being responsible for any damage caused, going as far as to argue with me in front of other customers. Left with little choice, I decided to take it up with management, which I would not have felt the need to do if the attendant had merely owned up. With the manager present, I attempted to explain my frustrations, and the attendant continued to blame me for the damage to the contents of my bag.

This, I thought, would be my saving grace: surely she can’t talk her way out of being rude to a customer! But alas, the manager took no definitive stance on the matter, even slightly favouring her account of the situation. I felt my frustration rising as I fruitlessly tried to appeal to the manager but, before any progress was made, he decided to put the conversation on hold until we landed, advising us to take the matter up in his offices at the airport. Now I was more than angry – I felt like I was being treated like a disobedient child being summoned to the headmaster’s office, not like a paying customer.

I realise that this airline positions themselves as low-cost, saving wherever possible to offer flying South Africans the lower fares, but as I said at the start of this piece, you can’t skimp on good customer service.

I challenge all businesses to focus less on value-added services and technical innovations and to put more time, effort and money into the core basics like customer service, because ultimately, those situations are where you win people over – or lose them forever.